Showing posts from November, 2014
Show all

The Bridge to Nowhere

- November 06, 2014
I have spent most of my life in Northeastern Ohio.  From the age of seven on, aside from one year, I lived in Lake county.  I was surprised to learn a few years back about a beautiful bridge that sits behind my good friends house in that very county.  When I asked her where the bridge went to, she answered, nowhere.  This bridge, which adds to the picturesque scene from her back window, literally sits over the lagoon, going nowhere.  According to www.lakecountyohio.gov, this bridge was built in 1924 by a group of investors from Cleveland.  They invested more than $1 million dollars to develop the lagoons into an area to be known as “Venice of the North”.  There was to be a road that led up to this bridge which would lead to a developed area, however, that road was never started and the area was never developed.  The plans for this development came to a halt when the stock market crashed in 1929.  Since then, this bridge has been known as “the bridge to nowhere”. This summer, my husband…
Read more
More posts 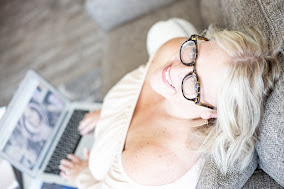