Sometimes, God uses one single verse to speak volumes over our lives.  Did you ever hear a verse for like the thousandth time, resulting in you looking up toward heaven saying “Really God”?  Well friends, I have been here for a while now.

Psalm 46:10, “Be still and know that I am God; I will be exalted among the nations, I will be exalted in the earth”, has been coming at me for quite some time.  I, by nature, am a busy person.  I love to be busy, so I was sure that God was telling me that I needed to rest.  You see I lost my mom to cancer in July of this year.  It was the hardest season that I have had to date.  I was talking with my brother the other day about how it doesn’t even seem real yet.  She lived with us for almost nine months before she passed away.  It was an interesting, difficult, wonderful, awful time.  You want talk about busy, this time was busy.

Over the last few months, this verse from Psalms kept coming to me by way of memory, a friend, my devotions, the word, you name it…I heard it all the time.  I have really tried to not do as much, partly because I have been so exhausted, so when the email came in to help with our ladies day retreat, I declined.  I had led the last one, so I was ready to just sit and soak.  God had other plans.  A few months ago, I received a call asking me to help again.  They had a prayer room and they believed God wanted me to help with it.  Guess what the name of that room was called? Yep, you guessed it, “Be Still”.  I knew that I needed to sit in there and pray for the allotted time.  Easy enough, right?  Wrong!

I went into the day thinking it would be easy.  I was in a joyful silly mood and was excited for the day.  I was just to pray as others roamed the building, visiting other prayer rooms for a short time.  God, in His mercy, took me through quite a few lessons in a short period of time.  So I will share my lessons over the next few devotions.  Grab a coffee and enjoy!

The first lesson that God gave me was “Be Still and…humble”.  When the time came to pray, I realized that there was some kind of a blockage.  I couldn’t even lift my head to pray for others because I was struggling to want to approach Him.  The speaker taught on the right view of God earlier and I realized that I had a wrong prospective of Him.  I was aggravated and irritated.  I was struggling to see how big He really was.  I would look ahead at the cross on the front of the room which appeared to be small, yet my problems and emotions were bigger than I could handle at that moment.

So before I could pray for others, I needed my heart to be cleansed.  I needed to lay my feelings and thoughts at the foot of the cross.  I went to the edge of the alter and knelt down on the ground with my elbows on the stage.  I poured my heart out in anger and frustration.  My head was so heavy, I had to lay it down.  I asked Him what He was trying to tell me and I tried to listen.  Sometimes, the sound of our junk is so loud that it drowns out the voice of the One we need to hear.  So I begged Him to quiet my head. 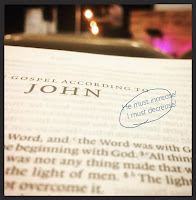 He revealed to me that I was angry and that I was not content with my role.  Two years earlier, I was in women’s ministry.  This was a ministry that I truly enjoyed.  I have a passion to work with women and to help them to see the lies of the enemy for what they are and to learn the truth in the Word of God.  That summer, I could sense that He was asking me to surrender this ministry to take care of my mom.  When I would hear that small voice, I would tuck it down deep and move on to another thought.  God’s voice continued and so did my response.

That October, I heard Him loud and clear as we made the decision to move mom in shortly after.  I reluctantly set women’s ministry down as mom’s needs grew.  This was the hardest thing that I ever had to do.  I loved ministry.  I love women!  I love being able to help people through situations and to teach people in the Word.  So to be home taking care of mom would be my new life.

So as I knelt, I wept.  I mourned the loss that I was feeling and recognized the Sovereignty of God.  I know He is leading me in a different direction for my ministry and the crazy part is that I am totally ok with it, but it was the just something that I needed to sort through.  After pouring my heart out, I wiped my eyes.  I raised my head and looked up.  This time, I saw something that I had never seen before.  The cross hanging on the wall appeared to be larger.  John 3:30 says “He must increase, but I must decrease.”  These words have never been more true.  You see, the lower that I got, the closer I got to the cross, the bigger it appeared.

I needed to learn a whole new level of humility.  In a weird way, I began to understand God’s Sovereignty so much better.  I need to surrender everything to the Lord, my ministry, writing, everything!  I need to do this every day.  Here I was, a year later, and still mourning women ministry.  I need to submit myself to the Sovereignty of God and take my place, which is on my knees and at the foot of the cross.  Only then, will I be in the correct posture of where I belong.  Humble and ready to serve where He wants me, not where I think I belong.

“Lord, thank You for lessons.  Thank You for the ability to “be still” and hear Your still small voice.  Thank You that even though You are a Holy God, You still speak to us.  The thought still amazes me.  We ask that You help us to be brave enough to “be still and ___________” help us to fill in the blank.  Keep us focused on You, God.  Keep us to always make You greater and us smaller.  We pray this in Jesus name…Amen”
at November 12, 2015

...to glorify God, one thought at a time. 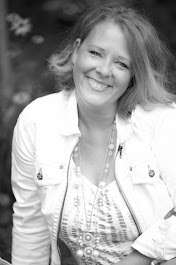 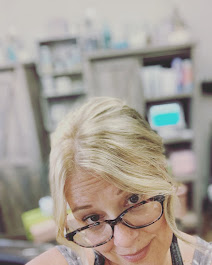 If you want to see Connie's loft...click the photo 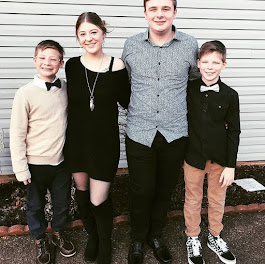